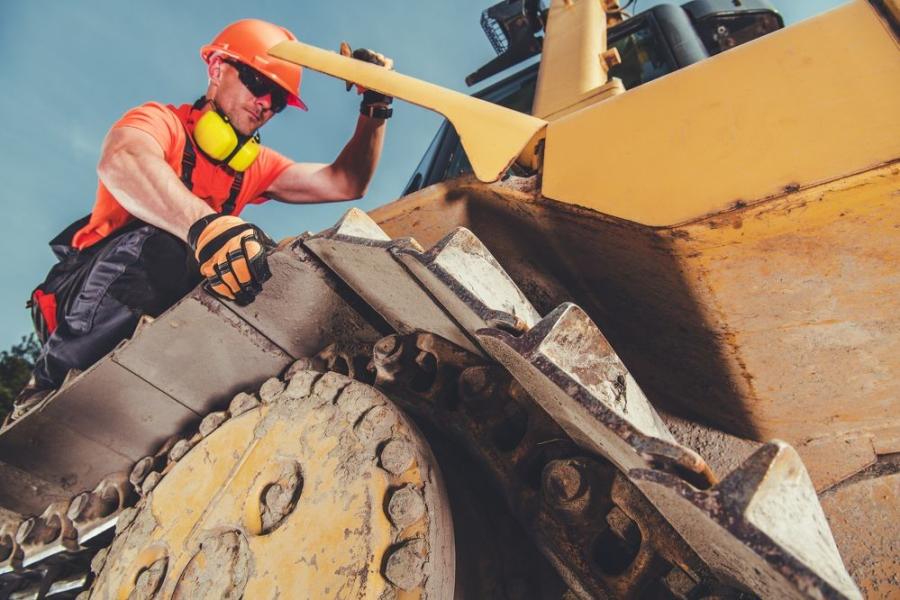 The FTC will enforce policy limiting anti-competitive practices which it believes can significantly raise costs for consumers.

Have you been following the Right-to-Repair debate? Though President Joe Biden’s executive order limiting anti-competitive practices was meant to chiefly benefit consumers and farmers, it has implications for the construction sector. And not everyone is on the do-it-yourself bandwagon.

The aim of the right-to-repair order was to allow owners to self-repair personal electronic devices, automobiles and machines. Farmers would benefit from the opportunity to repair the heavy machinery they own, and by extension so would construction equipment owners. The order has met with some opposition from equipment manufacturers and distributors.

Specifically, it urges the Federal Trade Commission to exercise statutory rulemaking authority to address anti-competitive restrictions on third-party repair or self-repair of items, “such as the restrictions imposed by powerful manufacturers that prevent farmers from repairing their own equipment.”

Biden believes that more often than not if you own a product, from a smartphone to a tractor, these days “you don’t have the freedom to choose how or where to repair that item you purchased.” At least two members of Congress feel the same.

The Agricultural Right to Repair act, introduced by Senator Jon Tester of Montana, would give farmers the right to DIY. Under it, parts, tools, software and documents would be made available to machine owners to repair, diagnose and maintain their equipment.

It was written with two guarantees: that parts are replaceable with commonly available tools or that special tools are provided to owners under fair and reasonable terms.

Under Tester’s proposal, copyrights and patents would be part of the public domain once a manufacturer ceases to produce documentation, parts, software or tools for a particular machine.

Tester, a farmer himself, claimed to have seen firsthand “the unfair practices” of equipment manufacturers that “make it harder and harder for folks to work on their tractors themselves — forcing them to go to an authorized mechanic and pay an arm and a leg for necessary repairs.” He believes manufacturers have prevented producers from fixing their own machines in order to bolster corporate profits. “They’ve done it at the expense of family farmers and ranchers, who work hard every day to harvest the food that feeds families across the country,” he said.

“Farmers operate in tight windows and on tight margins, and they simply can’t afford to waste time or money bringing their equipment to dealer-authorized mechanics in the middle of a season. They need to be able to repair their own equipment, and this legislation will secure them that right.”

Congressman Bobby Rush of Illinois introduced the Right to Equitable and Professional Auto Industry Repair (REPAIR) Act. Similar to Tester’s bill, it targets the automotive industry on behalf of consumers.

While the issue affects many equipment sectors, it is believed the ag industry has faced a hardship from an increasingly concentrated, less competitive — and more expensive market.

The White House believes heavy machinery manufacturers have developed such sophisticated repair tools, software and diagnostics that farmers and construction equipment owners are prevented from repairing their own equipment.

These proprietary elements force owners to pay dealer rates for repairs the end user or a third party could do the work much cheaper, believes the Biden team. The FTC voted last summer to adopt the order, saying it would target repair restrictions that violate antitrust laws.

The Perils of DIY

The Association of Equipment Manufacturers (AEM) maintains that its members and their dealers already work to maximize productivity and reduce downtime for machinery.

“Overly-broad ‘Right-to-Repair’ legislation is not only unnecessary, it would risk the safety, durability and environmental sustainability of equipment,” according to AEM.

The concern by manufacturers, such as John Deere, is that end users and third-party repair shops would have access to back-end source code “which can be used to reset safety features, reprogram control units or change settings that affect emissions and safety compliance.”

The Associated Equipment Distributors (AED) issued a statement in response to Biden’s order. Brian P. McGuire, association president, said that the right-to-repair directive “is a solution in search of a problem.”

He said consumers of heavy equipment can already diagnose and repair their machinery and tractors. However, they cannot alter the safety, security and environmental protections on the equipment.

“AED strongly urges the FTC to consider the significant differences between repairing heavy machinery and modifying or tampering with it, as the agency ponders future action.”

AED believes that because the FTC is an independent agency, the president cannot compel it to act.

“Despite the executive order, it’s unclear what steps the FTC will take or even which actions the agency has the statutory authority to commence without congressional authorization,” said McGuire.

“The equipment distributed by our member companies contains sophisticated technology with complex safety and emissions features,” Daniel Fisher, AED vice president of government and external affairs, said in addressing the commission prior to the agency announcing its enforcement plans. “AED is concerned with the FTC’s plans to adopt a policy statement supporting ‘right to repair’ initiatives and the possibility of subsequent regulations as contemplated by President Biden’s recent executive order.”

AED believes that a primary basis for applying these policies to the equipment industry is based on a false narrative. The claim that customers are unable to fix their machinery is misleading, the association maintains.

“To the contrary, equipment manufacturers and distributors make available diagnostic tools, repair information and parts. However, consumers do not have the ability to modify the complex environmental and safety protections on the equipment,” said Fisher.

AED requested that policymakers “refrain from mandating this type of unfettered access.”

The association believes a broad mandate applied to the equipment industry will be detrimental to both safety and environmental compliance.

“Indeed, given that customers are already able to repair their own equipment, the primary reason someone would want the ability to access and alter source code is to override emission controls and safety mechanisms to increase performance,” Fisher pointed out.

“This is not fixing equipment; this is modifying it,” he added.

The equipment industry has invested time and resources to meet the EPA’s Tier IV diesel emissions standards, and the right-to-repair order “threatens these gains,” said Fisher, because the public could circumvent environmental protections to boost performance.

Here’s another area where the order has implications for the construction industry: Modern heavy equipment has safety features to protect both equipment operators and the public while machinery is in use.

“Granting access to override safety features poses undue risk on operators and bystanders while equipment is in use,” he said.

AED wants policymakers to recognize that there’s a big difference between a cellphone and a backhoe. “Heavy machinery has a significantly longer life cycle that may be jeopardized by granting unfettered access to source code,” said Fisher.

Equipment will often be sold to a customer, then traded-in, resold or rented when a new model is purchased. Modifications to a machine can jeopardize its durability, negatively impacting the environment when it’s considered unusable and has to be junked.

“Allowing for modification would subject AED members to significant, unnecessary legal liability issues due to an end-user’s ability to tamper with machinery source code,” said Fisher.

The bottom line, he said, is that end users already have the parts and info they need to repair their machines.

“The only reason for greater access contemplated by right-to-repair policies is to circumvent safety and emissions standards or to access proprietary intellectual property,” he said. The association urged the FTC “to refrain from adopting a policy statement in favor of right-to-repair, recognizing that the equipment industry’s customers do not need any additional resources to fix their machinery.”

The issue is not a new one. For several years now, industry associations working together have successfully kept right-to-repair mandates at the state level at bay. The Equipment Dealers Association (EDA) is also fighting the legislation on behalf of its members.

“These very broad bills have been introduced in 30-plus U.S. states and lump ag and construction equipment in with consumer electronics in an effort to give end-users the right to modify equipment,” maintains the association. “Unlike cell phones, modifying heavy equipment creates safety and environmental violations that pose an inherent risk to those who operate, repair and sell it.”

Deere & Co. announced in March it will make expanded repair software available to customers. This is considered a major win for farmers who have lobbied for years for the ability to do their own mechanical work.

“For more than 180 years, John Deere has empowered customers to maintain their equipment to keep it running right and minimize downtime,” the company said in announcing the software availability. “As part of that long-standing tradition, we are proud to announce that we’re enhancing the capabilities of our existing diagnostic tools and expanding their availability.”

Starting in May, the diagnostic service tool, Customer Service Advisor, will be made available directly to customers and independent repair shops through JohnDeereStore.com. The tool will continue to be available through John Deere dealerships.

“In 2023, we will roll out an enhanced customer solution that includes a mobile device interface, and the ability to download secure software updates directly to embedded controllers on select John Deere equipment with 4G connections.”

The software unlocks “deeper system levels” to allow those with the expertise and desire to make more advanced repairs themselves, said Deere. CEG